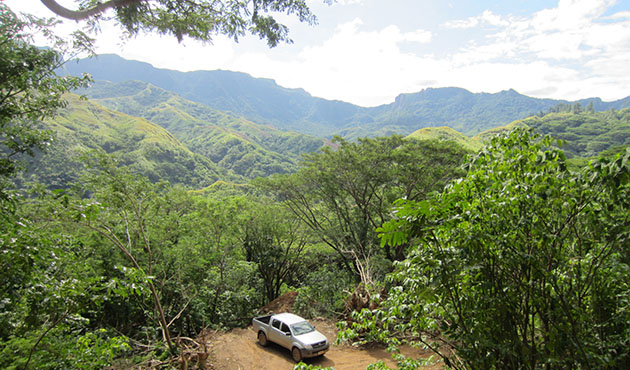 Bob Moriarty of 321gold discusses the implications of the drill results the company released at its gold project in Fiji.

When I found out Quinton Hennigh was going to be a geological advisor to Lion One Metals Ltd. (LIO:TSX.V; LOMLF:OTCQX) back in early 2019, I wrote about them. They just announced results that pretty much prove what I was trying to say. In technical terms, they hit Bigly.

Lion One Metals Ltd. has provided an update on recent exploration progress at its 100-per-cent-controlled Navilawa alkaline gold project in Fiji.

The first of a series of four deep diamond drill holes, TUDDH493 oriented eastward at an inclination of 55 degrees, is nearing its target depth of approximately 600 m after undercutting the entire Tuvatu lode network near the bottom of the current delineated resource. This hole targets a particular area where several high-grade structures appear to be converging.

Multiple mineralized intercepts are apparent in core from TUDDH493, most notably:
a 11.3 m interval of quartz veinlets in altered monzonite beginning at 318.6 m. This intercept is situated approximately 7 m from a high-grade interval in historic hole TUDDH160 that displayed assays up to 1,600 grams per tonne gold. Bright green roscoelite, a key indicator mineral at Tuvatu, is evident in some veinlets within the 11.3 m interval (Figure 1).

a 4 m interval of hydrothermal breccia beginning at 422.5 m. This breccia is unlike any mineralization previously observed at Tuvatu but closely resembles that seen in some lodes at the Vatukoula Gold Mine approximately 40 km to the northeast. The 4 m breccia zone occurs in monzonite and is cemented by vuggy quartz-adularia-pyrite veining (Figure 2). Specks of visible gold up to 2 mm across are observed in vugs at approximately 423 m (Figure 3). Lion One believes this intercept is highly significant and suggests the mineralizing system is evolving with depth at Tuvatu, a possible indication of further high-grade mineralization below.

For those who don’t understand techno babble in the resource sector, they have hit Bigly and exactly what they wanted to hit. The system does go a lot deeper than they have drilled before. I have no doubt it will be higher grade. For the skeptics in the crowd; sit on your hands and at the end of November when assays are released you can pay a lot more for the shares.

On the news, I increased my position by 50%. I love this story.

Lion One is an advertiser. I approached them, not the other way around and I never do that. I own shares and someday when they raise money, I will participate in the PP. I am biased. Do your own due diligence.

IN CASE YOU MISSED IT: 5 key stories from June 4

IN CASE YOU MISSED IT: 5 key stories from June 4